Do you Have Realistic Expectations of Children’s Behavior in Adoption? 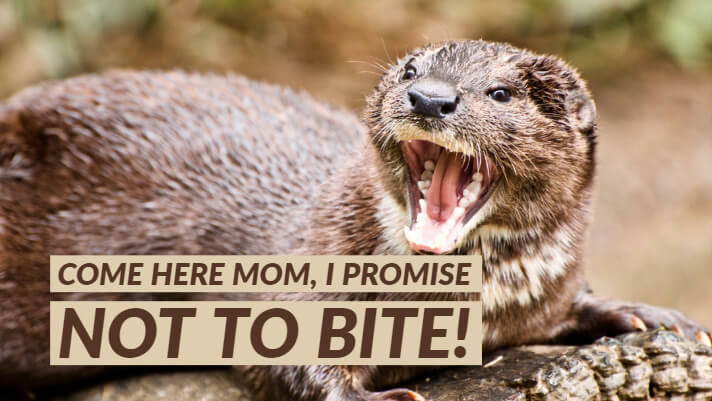 I was attending a writer’s?conference in Port Townsend when a colleague?shared a story about her crazy uncle. The uncle had purchased two piranhas and placed them in an aquarium in his home. One day, motivated by inebriation and the encouragement of two close friends, he decided to stick his hand in the aquarium.

?They won?t do anything to me!? he said as he plunged his hand into the water.

After the piranhas bit off a chunk of his hand, her uncle got mad and decided to put the two fish in a bowl and set them outside. Since it was winter, the bowl and its contents quickly froze. The class bellowed in laughter as she told us that after they froze, her uncle kept the bowl of piranhas in the freezer, so that every time you opened the door, there they sat, staring at you, their teeth bared.

Somehow her uncle thought that piranhas, which are carnivores, would relate to him differently than they naturally relate to other living things. I?m not sure if he expected the fact that he had cared for them and fed them all that time to have changed their natural instincts, but, if he did, it didn?t really work for him.

As I chuckled at her story, it dawned on me. As much as his unrealistic expectations didn?t work for him, I realized that they don?t work for those of us parenting wounded children, either.

When I look back over my parenting journey, I realize that I unknowingly set unrealistic expectations on my children all the time. I expected them to behave like children who hadn?t been abused, abandoned or neglected and. Trauma, even if it?s in-utero, affects the?neural pathways?in the brain, changing the way children think and react. Abuse and trauma wires a child to expect the world to be an unsafe place, causing them to instinctually feel the need to protect themselves, even when the situation no longer calls for it.

When we expect children wired to be more like a piranha to behave like a guppy, we become unnecessarily hurt and set ourselves up for frustration. After years of working with my own children, as well as many others, I have learned that there are several?must-have-mindsets that can help us have?more realistic expectations of?our children.

1. Let go of the expectation for cause-and-effect?thinking

Children who have been through trauma see the world in a whole different light, and their brains are not always wired to think typically. Our children?s past relationships and abusive interactions have also likely trained them to relate to the world in distorted, unhealthy ways. How can we expect to unlearn those deeply-ingrained relational templates quickly?

For many children who have experienced trauma, the part of the brain that controls cause and effect thinking will frequently be underdeveloped. As a result, they will struggle to see how their poor choices have led to an undesired result. The consequence you?re giving them may make perfect sense to you, but they may truly not get the connection back to their behavior. Parents often see this and think that giving these children a big consequence will help them make the connection, but it rarely works that way and only causes everyone to become frustrated. Keep in mind many cycles of smaller consequences typically work better to help traumatized children develop cause and effect thinking.

Trauma and abuse typically cause children to be stuck in a younger emotional age. While in many other areas, they may match their peers, watch for clues in their behaviors that indicate where they are emotionally. Knowing whether or not they are truly capable of what you are expecting them to do can prevent you from feeling frustrated.

How do you determine where they are? A good guide to stages and needs can be found on this website:

http://www.pbs.org/parents/child-development/. Look at the various ages and check out the ?Social and Emotional Growth? section of each. As you read through the descriptions, look past your child?s current physical age and base it off of the behaviors your child exhibits.

I also like the guide listed on this website: http://www.heysigmund.com/developmental-stage/, because it also lists what that child needs from their parents during that developmental phase.

In general, here are a few guidelines. Do you have a child who is very easily frustrated, completely unable to handle anything that gets in the way of what they want? You may be dealing with an infant emotionally. Do they struggle to self-entertain, even for a short amount of time? You?re likely dealing with an emotional toddler. Do you deal with constant cries of ?Watch me, mom!? ?Look at what I can do, Dad!? or other demands for attention? You?re likely dealing with a child who is emotionally a preschooler.

When we understand our child?s true developmental age, we can more patiently respond and set more realistic expectations for them. Just like children in those physical stages, we wouldn?t expect a baby to handle their big emotions alone or for a toddler to be able to entertain themselves, and we can?t expect it of our children, either.

I look back and feel badly over how many times my attitude toward my children?s loss was, ?Well, you have it so much better now with me, so you shouldn?t be feeling sad.?

We can?t expect children who have gone through challenging situations to just ?get over it.? If you have ever lost someone important to you, you know that your love for that person never wanes. It may get easier as time passes, but your loss can be felt just as sharply 20 years from the time they passed as it was the day they died. Even those adopted at birth express feelings of loss, though at times they aren?t able to understand why. Those who went through foster care have experienced many losses. Just because the person this child lost may have also abused them, it doesn?t lessen the love they feel for that person. They may even be grieving the loss of ?what could have been.?

We need to expect our children to be experiencing grief and loss. While they may not be grieving the loss of a person, they may be grieving the fact that they aren?t able to do what their peers are fully capable of. And they will need to do it at different stages of their lives. Each time their brain enters a new developmental phase they will be able to think about their loss in different ways. During these phases they will need to grieve all over again. Typically these ages will be early elementary age, late elementary age and adolescence, although this may vary based on your child’s unique circumstances.

As we address inappropriate behavior, understanding our child?s tendencies and planning accordingly can prevent us from getting ?bit.? More realistic expectations can also guide us to know which consequences will best help our child.